Pietro D'Abano and His Heptameron

The Heptameron of Pietro D'Abano 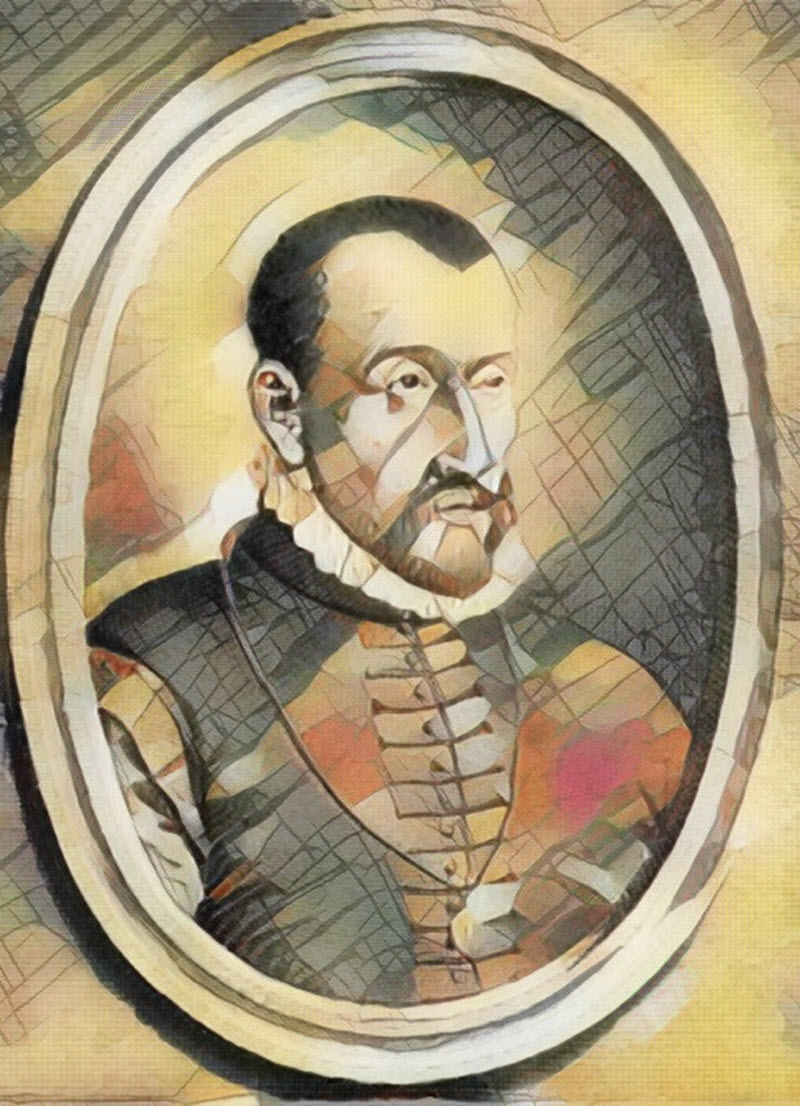 Pietro D'Abano, the Reputed Author of the Heptameron - a Book of Magic


There is another Heptameron, with a much darker history and subject than the one by Marguerite de Navarre. The only thinkg theu have in common is the name.

Pietro D'Abano was a renowned philosopher, astrologer, medical doctor - and according to some, a sorcerer - of the Italian Middle Ages. The truth about D'Abano has been shrouded in myth for centuries, and many stories and traditions have attached to the name of Pietro D' Abano, many of which are most likely false.

What is known for certain is that D'Abano was born in 1257 in the small Italian town of Abano Terme, from which he derived his surname. In 1270 D'Abano went to Constantinople, then still the capital of the Christian Byzantine Empire and one of the greatest centers of learning and culture in Europe. There he studied Greek until 1290, and presumably had access to the extensive Byzantine libraries of ancient Greek learning.

Thereafter, in approximately the year 1300, when D'Abano was about 43 years old, he moved to Paris where he continued his studies and became a Doctor of Philosophy and of Medicine. As with many learned men of the time, D'Abano practiced astrology and may have been interested in alchemy as well as various methods of predicting the future. His reputation as a learned man gave him access to the leading intellectuals as well as the Pope and other powerful religious leaders.

As was the custom among learned men of Europe, D'Abano also adopted a Latin name and he was known as Petrus De Apono or Aponensis. However, to his medical patients Pietro D'Abano was known as the "Great Lombard" after the region of Italy where he was from, on account of his reputation as a healer. D'Abano was reputed to be a very skilled and effective doctor, and he was able to charge exorbitant fees. 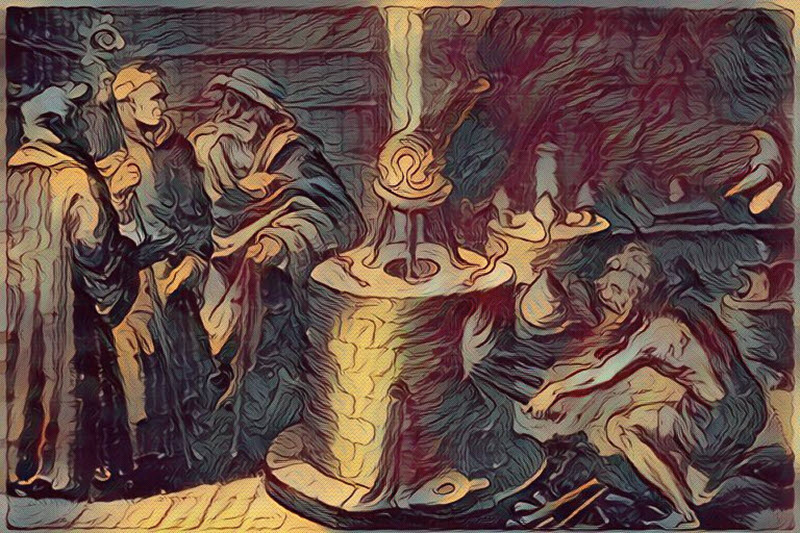 The Heptameron - A Grimoire

Perhaps because of this, or on account of his wealth, the legend grew that D'Abano practiced black magic and that by using various forms of devilry any money that he spent or paid out would magically find its way back to him. It was also claimed that he possessed the Philosopher's Stone, the supreme goal of the Alchemists, which was believed to be able to turn base metals into gold and to bestow immortality.

D'Abano had a powerful intellect and delved into many areas of knowledge: from medicine and philosophy to mathematics and various occult sciences. He delved into the subjects of astrology, geomancy, chiromancy (palm reading). He is alleged to have written a grimoire, or book of magic, entitled the Heptameron (not to be confused with the book of the same name by Marguerite de Navarre). D'Abano's Heptameron contains incantations supposedly effective in summoning and commanding angels, each assigned to various days of the week. It is most likely that D'Abano did not write the Heptameron.

D'Abano's interests were not that unusual for a man of science of the period, since the scientific method had not yet been developed, and the borders between science and magic were not fully defined. Despite his interests in what we would today consider quackery, D'Abano also made important contributions to knowledge. He translated the works of the rabbi Abraham Aben Ezra (1089-1167) which dealt with biblical interpretation as well as mathematics and astronomy. D'Abano also wrote two important works, the Conciliator differentiarum quae inter philosophos et medicos versantur (published at Mantua, 1472; Venice, 1476), and De venenis eorumque remediis (1472), of which a French translation was published at Lyon in 1593. The Conciliator was an attempt to reconcile Arab medicine and Greek natural philosophy and was considered authoritative for nearly three hundred years, as late as the sixteenth century.

Due to his reputation as a magician and sorcerer, Pietro D'Abano was accused of witchcraft and heresy. The Dominican monastery of Saint-Jacques in Paris accused him of heresy and he relocated to Padua where he thought astrology and medicine at the university. In prosecuted twice by the Inquisition, though the charges are unclear and inconsistent. On the first occasion he was acquitted, but later he was prosecuted again on the charge of heresy, owing chiefly to the accusation that he denied the existence and influence of spirits and demons, and believed instead that the celestial bodies influenced nature and human affairs.

Pietro D'Abano died in 1316 while in custody before a verdict could be reached in his second trial. He was 59 years old. The Inquisition ordered his body burned but friends managed to steal his body and he was buried in St. Augustin's Church without any epitaph. Having been denied his body, the Inquisition burnt D'Abano in effigy.