the Husbandman Surprised by The Fall of The Winnowing Fan

The Heptameron - Day 3, Tale 29 - the Husbandman Surprised by The Fall of The Winnowing Fan

A parson, surprised by the sudden return of a husbandman with whose wife he was making good cheer, quickly devised a means for saving himself at the expense of the worthy man, who was never any the wiser. (1) 1 Etienne brings this story into his Apologie pour Hérodote, ch xv.—B. J.

At a village called Carrelles, (2) in the county of Maine, there dwelt a rich husbandman who in his old age had married a fair young wife. She bore him no children, but consoled herself for this disappointment with several lovers.

2 Carrelles is at six leagues from Mayenne, in the canton of Gorron. Margaret's first husband, the Duke of Alençon, held various fiefs in this part of Maine, which would account for the incident related in the story coming to her knowledge.— M. and Ed.

When gentlemen and persons of consequence failed her, she turned as a last resource to the Church, and took for companion in her sin him who could absolve her of it—that is to say, the parson, who often came to visit his pet ewe. The husband, who was dull and old, had no suspicion of the truth; but, as he was a stern and sturdy man, his wife played her game as secretly as she was able, fearing that, if it came to her husband's knowledge, he would kill her.

One day when he was abroad, his wife, thinking that he would not soon return, sent for his reverence the parson, who came to confess her; and while they were making good cheer together, her husband arrived, and this so suddenly that the priest had not the time to escape out of the house.

Looking about for a means of concealment, he mounted by the woman's advice into a loft, and covered the trap-door through which he passed with a winnowing fan.

The husband entered the house, and his wife, fearing lest he might suspect something, regaled him exceedingly well at dinner, never sparing the liquor, of which he drank so much, that, being moreover wearied with his work in the fields, he at last fell asleep in his chair in front of the fire.

The parson, tired with waiting so long in the loft, and hearing no noise in the room beneath, leaned over the trap-door, and, stretching out his neck as far as he was able, perceived the goodman to be asleep. However, whilst he was looking at him, he leaned by mischance so heavily upon the fan, that both fan and himself tumbled down by the side of the sleeper. The latter awoke at the noise, but the priest was on his feet before the other had perceived him, and said—

"There is your fan, my friend, and many thanks to you for it."

With these words he took to flight. The poor husbandman was in utter bewilderment. 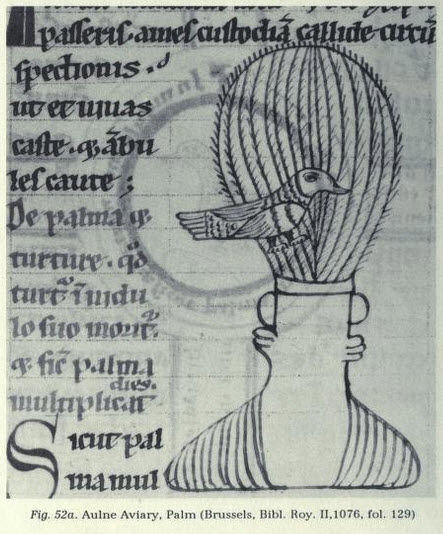 "What is this?" he asked of his wife. "'Tis your fan, sweetheart," she replied, "which the parson had borrowed, and has just brought back."

Thereupon in a grumbling fashion the goodman rejoined—

"'Tis a rude way of returning what one has borrowed, for I thought the house was coming down."

In this way did the parson save himself at the expense of the goodman, who discovered nothing to find fault with except the rudeness with which the fan had been returned.

"The master, ladies, whom the parson served, saved him that time so that he might afterwards possess and torment him the longer."

"Do not imagine," said Geburon, "that simple folk are more devoid of craft than we are; (3) nay, they have a still larger share. Consider the thieves and murderers and sorcerers and coiners, and all the people of that sort, whose brains are never at rest; they are all poor and of the class of artisans."

"I do not think it strange," said Parlamente, "that they should have more craft than others, but rather that love should torment them amid their many toils, and that so gentle a passion should lodge in hearts so base."

"Those clad in drugget love no less Than those that wear a silken dress." (4) 3 In MS. No. 1520 this passage runs—"that simple and humble people are," &c.—L. 4 This is a free rendering of lines 4925-6 of Méon's edition of the Roman de la Rose:— "Aussy bien sont amourettes Soubz bureau que soubz brunettes." Bureau, the same as dure, is a kind of drugget; brunette was a silken stuff very fashionable among the French lords and ladies at the time of St. Louis. It was doubtless of a brown hue.—B, J. and M.

Moreover, the love of which the tale speaks is not such as makes one carry harness; for, while poor folk lack our possessions and honours, on the other hand they have their natural advantages more at their convenience than we. Their fare is not so dainty as ours, but their appetites are keener, and they live better on coarse bread than we do on delicacies. Their beds are not so handsome or so well appointed as ours, but their sleep is sounder and their rest less broken. They have no ladies pranked out and painted like those whom we idolise, but they take their pleasure oftener than we, without fear of telltale tongues, save those of the beasts and birds that see them. What we have they lack, and what we lack they possess in abundance."

"I pray you," said Nomerfide, "let us now have done with this peasant and his wife, and let us finish the day's entertainment before vespers. 'Tis Hircan shall bring it to an end."

"Truly," said he, "I have kept in reserve as strange and pitiful a tale as ever you heard. And although it grieves me greatly to relate anything to the discredit of a lady, knowing, as I do, that men are malicious enough to blame the whole sex for the fault of one, yet the strangeness of the story prompts me to lay aside my fear. Perhaps, also, the discovery of one woman's ignorance will make others wiser. And so I will fearlessly tell you the following tale."