The Gentleman's Spur Catching in The Sheet

A lady's tongue tripped so awkwardly whilst she was telling a story, as if of another, to a dame of high degree, that her honour thenceforward bore a stain which she could never remove.

In the time of King Francis the First there lived a lady of the blood royal, who was endowed with honour, virtue and beauty, and well knew how to tell a story with grace and to laugh at such as might be told to her. (1) This lady being at one of her houses, all her subjects and neighbours came to see her; for she was as much liked as it were possible for woman to be.

Among others there came a lady who hearkened whilst the rest told every story they could think of in order to amuse the Princess. This lady then resolved that she would not be behind the others, and accordingly said—

"Madam, I will tell you a fine story, but you must promise me not to speak of it."

Then she forthwith continued—

"The story, madam, is on my conscience a perfectly true one, and concerns a married lady who lived in all honour with her husband, although he was old and she was young. A gentleman who was her neighbour, seeing her married to this old man, fell in love with her, and importuned her for several years; but never received of her any reply save such as a virtuous woman should make. One day the gentleman bethought him that if he could take her at a disadvantage she might perchance be less harsh towards him, and, after he had for a long while weighed the danger that he might run, his love for the lady wholly banished his fears, and he resolved to find a time and place. He kept excellent watch, and so one morning, when the lady's husband was going to another of his houses, and leaving at daybreak by reason of the heat, the young gallant came to the house, where he found the lady asleep in her bed, and perceived that the serving-women were gone out of the room.

"Then, without having sense enough to fasten the door, he got into the lady's bed all booted and spurred as he was, and when she awoke, she was as distressed as she could possibly be. But in spite of any remonstrance that she could make to him, he took her by force, saying that if she should make the matter known he would tell every one that she had sent for him; and at this the lady was so greatly afraid that she durst not cry out. Afterwards, on some of her women coming in, he rose in haste and would have been perceived by none if his spur, which had become fastened in the upper sheet, had not drawn it right off, leaving the lady quite naked in her bed."

So far the lady had told the story as if of another, but at the end she involuntarily said—

"Never was a woman so confounded as I was, when I found myself lying quite naked."

At these last words the lady, who had hitherto hearkened to the story without laughing, could not refrain from doing so, and said—

"By what I can see, you are well qualified to tell the tale."

The poor lady tried in every possible way to clear her honour, but it was already flown so far away that she was never able to recall it. 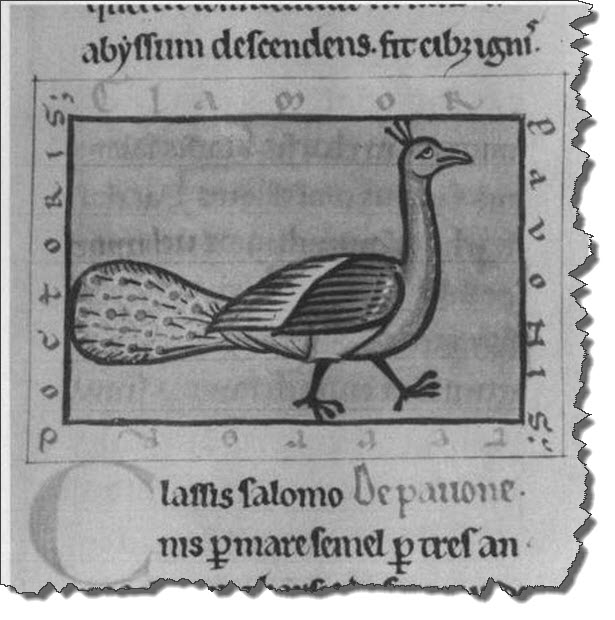 "I assure you, ladies, that had she felt any deep displeasure in doing such a deed, she would have desired to forget it. But, as I have told you, sin will of itself be discovered before it could otherwise be known, unless it be hidden by the mantle which, as David says, makes man blessed."

"In good sooth," said Ennasuite, "she was the greatest fool I have ever heard of, to make the others laugh at her own expense."

"I do not deem it strange," said Parlamente, "that the word should follow the deed, for it is easier to say than to do."

"Why," said Geburon, "what sin had she committed? She was asleep in her bed, he threatened her with shame and death; Lucrčce, who is so highly praised, did just the same."

"That is true," said Parlamente, "and I confess that there is none too righteous to fall. But when one has felt great offence in the deed, the same holds good of the recollection; and whereas Lucrčce to efface the latter killed herself, this foolish woman tried to make others laugh."

"Nevertheless," said Nomerfide, "it seems that she was a virtuous woman, seeing that she had been many times entreated but would never consent, so that the gentleman must needs resort to treachery and force in order to wrong her."

"What!" said Parlamente. "Do you think that a woman has answered for her honour, when she gives herself up after refusing two or three times? There would then be many virtuous women among those that are deemed the opposite, for many of them have been known to refuse for a long while those to whom their hearts had been given, some doing this through fear for their honour, and others in order to make themselves still more ardently loved and esteemed. No account, therefore, should be made of a woman unless she stands firm to the end. But if a man refuse a beautiful girl, do you regard that as great virtue?"

"Truly," said Oisille, "if a young and lusty man so refused, I should hold it worthy of high praise, but none the less difficult of belief."

"Yet," said Dagoucin, "I know one who refused to partake in amours that were sought after by all his comrades."

"I pray you," said Longarine, "take my place and tell us the tale, yet remember that you must here utter the truth."

"I promise you," said Dagoucin, "that I will tell it in all its simplicity, without any colouring or disguise."