The Old Woman Startled by The Waking of The Soldier

Though the priests of St. John of Lyons would fain have concealed it, the falsity of a miracle was brought to light through an old woman's folly becoming known. (1)

Tale 65 of the Heptameron

In the church of St. John of Lyons there is a very dark chapel, and inside it a stone tomb with figures of great personages raised life-like upon it, whilst several men-at-arms lie all around it.

One day a soldier, walking in the church at the very height of summer, felt inclined to sleep, and, looking at this dark, cool chapel, resolved to go and guard the tomb in sleep like the rest; (2) and accordingly he lay down beside them. Now it chanced that a very pious old woman came in while his sleep was the soundest, and having performed her devotions, holding a lighted taper in her hand, she sought to fix this taper to the tomb. Finding that the sleeping man was nearest to her, she tried to set it upon his forehead, thinking that it was of stone; but the wax would not stick to such stone as this, whereupon the worthy dame, believing that the reason of it was the coldness of the statue, applied the flame to the sleeper's forehead, that she might the better fix the taper on it. At this, however, the statue, which was not without feeling, began to cry out.

The good woman was then in exceeding fear, and set herself to shout, "A miracle! a miracle!" until all who were in the church ran, some to ring the bells, and the rest to view the miracle. The good woman forthwith took them to see the statue that had stirred, whereupon many found food for laughter; though the greater number were unable to feel any content, inasmuch as they had really determined to make profit out of the tomb, and to gain as much money by it as by the crucifix on their pulpit, which is said to have spoken. (3) But when the woman's folly became known the farce came to an end. If all knew of their follies, they would not be accounted holy nor their miracles true. And I would beg you, ladies, to see henceforward to what saints you offer your candles. (4)

"'Tis notable," said Hircan, "that, whatever the matter in question may be, women always do wrong."

"Is it wrong," asked Nomerfide, "to bring candles to a tomb?"

"Yes," said Hircan, "if the flame be turned against a man's forehead; for nothing good should be called good if it be attended with evil. You may be sure that the poor woman thought she had made a fine gift to God with her little candle."

"I look not to the gift," said Oisille, "but to the heart that offers it. Perhaps this worthy woman had more love for God than those who offer great torches; for, as the Gospel says, she gave of her need."

"Still, I no not believe," said Saffredent, "that God, who is sovereign wisdom, can be pleased with the foolishness of women. Although simplicity is pleasing to Him, I see from the Scriptures that He despises the ignorant; and if He commands us to be as harmless as the dove, He none the less commands us to be wise like the serpent."

"For my part," said Oisille, "I do not call the woman ignorant who brings her candle or burning taper into the presence of God, and makes amends for her wrongdoing on bended knees before her sovereign Lord, confessing her unworthiness and with steadfast hope seeking pity and salvation."

"Would to God," said Dagoucin, "that all understood it in the same way as you; but I do not believe that these poor fools do it with the intent you say." 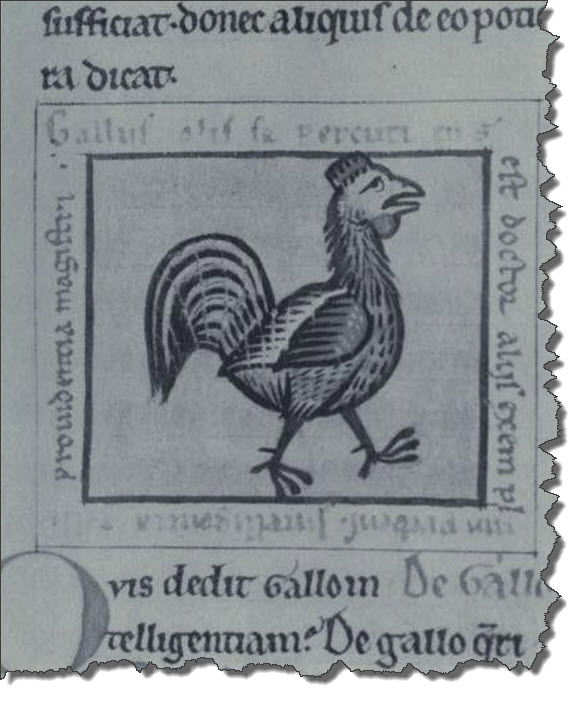 "The women," said Oisille, "who are least able to speak are just those who are most sensible of the love and will of God; wherefore 'tis well to judge none but ourselves."

Ennasuite laughed and said—"'Tis no wonderful thing to have frightened a sleeping varlet, since women of as lowly condition have frightened noble Princes, without putting fire to their foreheads."

"I am sure," said Geburon, "that you know some such story, which you are willing to relate; wherefore, if it please you, you shall take my place."

"The tale will not be a long one," said Ennasuite, "but, could I recount it just as it happened, you would have no desire to weep."