On finding her husband bolting meal in the garb of her serving-woman, whom he was awaiting in the hope that he would obtain from her what he desired, a certain lady showed such good sense that she was content to laugh and make merry at his folly.

At the castle of Odoz (1) in Bigorre, there dwelt one Charles, equerry to the King and an Italian by birth, who had married a very virtuous and honourable woman. After bearing him many children, she was now grown old, whilst he also was not young. And he lived with her in all peacefulness and affection, for although he would at times speak with his serving-women, his excellent wife took no notice of this, but quietly dismissed them whenever she found that they were becoming too familiar in her house.

One day she hired a discreet and worthy girl, telling her of her husband's temper and her own, and how she was wont to turn away such girls whom she found to be wantons. This maid, wishing to continue in her mistress's service and esteem, resolved to remain a virtuous woman; and although her master often spoke to her, she on her part gave no heed to his words save that she repeated them to her mistress, and they thus both derived much diversion from his folly.

One day the maid was in a back room bolting meal, and wearing her "sarot," a kind of hood which, after the fashion of that country, not only formed a coif but covered the whole of the back and shoulders. Her master, finding her in this trim, came and urged her very pressingly, and, although she would not have done such a thing even to save her life, she pretended to consent, and asked leave to go first and see whether her mistress was engaged in some such manner that they might not be surprised together. To this he agreed; whereupon she begged him to put her hood upon his head and to continue bolting whilst she was away, in order that her mistress might still hear the noise of the bolter. And this he gladly did, in the hope of obtaining what he sought.

The maid, who was by no means inclined to melancholy, ran off to her mistress and said to her—

"Come and see your good husband, whom I have taught to bolt in order to be rid of him."

The wife made all speed to behold this new serving-woman, and when she saw her husband with the hood upon his head and the bolter in his hands, she began to laugh so exceedingly, clapping her hands the while, that she was scarce able to say to him—

"How much dost want a month, wench, for thy labour?"

The husband, on hearing this voice, realised that he had been deceived, and, throwing down both what he was holding and wearing, he ran at the girl, calling her a thousand bad names. Had his wife not set herself in front of the maid, he would have given her wage enough for her quarter; but at last all was settled to the content of the parties concerned, and thenceforward they lived together without quarrelling. (2)

"What say you, ladies, of this wife? Was she not sensible to make sport of her husband's sport?"

"'Twas no sport," said Saffredent, "for the husband who failed in his purpose."

"I believe," said Ennasuite, "that he had more delight in laughing with his wife, than at killing himself at his age with his serving-woman."

"Still, I should be sorely vexed," said Simontault, "to be discovered so bravely coifed."

"I have heard," said Parlamente, "that it was not your wife's fault that she did not once discover you in very much the same attire in spite of all your craft, and that since then she has known no repose." 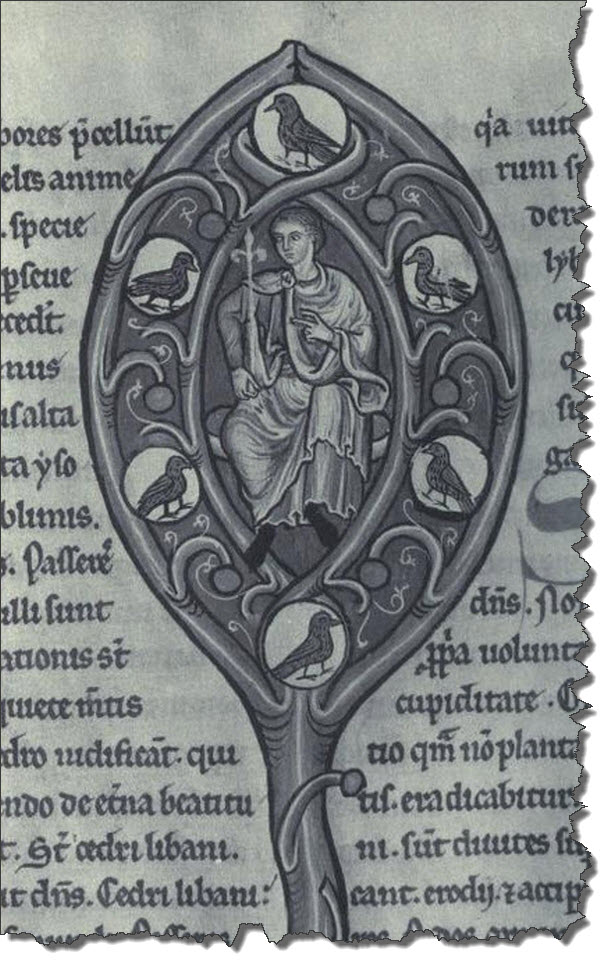 "Rest content with what befalls your own house," said Simontault, "without inquiring into what befalls mine. Nevertheless, my wife has no reason to complain of me, and even did I act as you say, she would never have occasion to notice it through any lack of what she might need."

"Virtuous women," said Longarine, "require nothing but the love of their husbands, which alone can satisfy them. Those who seek a brutish satisfaction will never find it where honour enjoins."

"Do you call it brutish," asked Geburon, "if a wife desires that her husband should give her her due?"

"I say," said Longarine, "that a chaste woman, whose heart is filled with true love, is more content to be perfectly loved than to have all the delights that the body can desire."

"I am of your opinion," said Dagoucin, "but my lords here will neither hear it nor confess it. I think if mutual love cannot satisfy a woman, her husband alone will not do so; for unless she live in the love that is honourable for a woman, she must be tempted by the infernal lustfulness of brutes."

"In truth," said Oisille, "you remind me of a lady who was both handsome and well wedded, but who, through not living in that honourable love, became more carnal than swine and more cruel than lions."

"I ask you, madam," said Simontault, "to end the day by telling us her story."

"That I cannot do," said Oisille, "and for two reasons. The first is that it is exceedingly long; and the second, that it does not belong to our own day. It is written indeed by an author worthy of belief; but we are sworn to relate nothing that has been written."

"That is true," said Parlamente; "but I believe I know the story you mean, and it is written in such old language that methinks no one present except ourselves has ever heard of it. It will therefore be looked upon as new."

Upon this the whole company begged her to tell it without fear for its length, seeing that a full hour was yet left before vespers. So, at their request, the Lady Oisille thus began:—