By the craft and subtlety of a merchant an old woman was deceived and the honour of her daughter saved.

Tale 7 of the Heptameron

In the city of Paris there lived a merchant who was in love with a young girl of his neighbourhood, or, to speak more truly, she was more in love with him than he with her. For the show he made to her of love and devotion was but to conceal a loftier and more honourable passion. However, she suffered herself to be deceived, and loved him so much that she had quite forgotten the way to refuse.

After the merchant had long taken trouble to go where he could see her, he at last made her come whithersoever it pleased himself. Her mother discovered this, and being a very virtuous woman, she forbade her daughter ever to speak to the merchant on pain of being sent to a nunnery. But the girl, whose love for the merchant was greater than her fear of her mother, went after him more than ever.

It happened one day, when she was in a closet all alone, the merchant came in to her, and finding himself in a place convenient for the purpose, fell to conversing with her as privily as was possible. But a maid-servant, who had seen him go in, ran and told the mother, who betook herself thither in great wrath. When the girl heard her coming, she said, weeping, to the merchant—"Alas! sweetheart, the love that I bear you will now cost me dear. Here comes my mother, who will know for certain what she has always feared and suspected."

The merchant, who was not a bit confused by this accident, straightway left the girl and went to meet the mother. Stretching out his arms, he hugged her with all his might, and, with the same ardour with which he had begun to entertain the daughter, threw the poor old woman on to a small bed. She was so taken aback at being thus treated that she could find nothing to say but—"What do you want? Are you dreaming?"

For all that he ceased not to press her as closely as if she had been the fairest maiden in the world, and had she not cried out so loudly that her serving-men and women came to her aid, she would have gone by the same road as she feared her daughter was treading.

However, the servants dragged the poor old woman by main force out of the merchant's arms, and she never knew for what reason he had thus used her. Meanwhile, her daughter took refuge in a house hard by where a wedding was going on. Since then she and the merchant have ofttimes laughed together at the expense of the old woman, who was never any the wiser.

"By this story, ladies, you may see how, by the subtlety of a man, an old woman was deceived and the honour of a young one saved. Any one who would give the names, or had seen the merchant's face and the consternation of the old woman, would have a very tender conscience to hold from laughing. It is sufficient for me to prove to you by this story that a man's wit is as prompt and as helpful at a pinch as a woman's, and thus to show you, ladies, that you need not fear to fall into men's hands. If your own wit should fail you, you will find theirs prepared to shield your honour."

"In truth, Hircan," said Longarine, "I grant that the tale is a very pleasant one and the wit great, but the example is not such as maids should follow. I readily believe there are some whom you would fain have approve it, but you are not so foolish as to wish that your wife, or her whose honour you set higher than her pleasure,(1) should play such a game. I believe there is none who would watch them more closely or shield them more readily than you."

"By my conscience," said Hircan, "if she whom you mention had done such a thing, and I knew nothing about it, I should think none the less of her. For all I know, some one may have played as good a trick on me; however, knowing nothing, I am unconcerned."

At this Parlamente could not refrain from saying—

"A wicked man cannot but be suspicious; happy are those who give no occasion for suspicion." 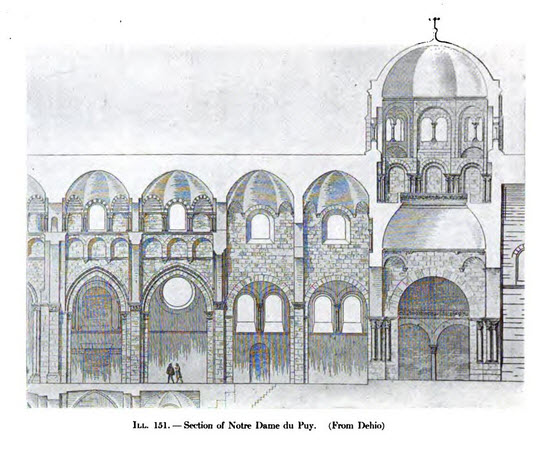 "I have never seen a great fire from which there came no smoke," said Longarine, "but I have often seen smoke where there was no fire. The wicked are as suspicious when there is no mischief as when there is."

"Truly, Longarine," Hircan forthwith rejoined, "you have spoken so well in support of the honour of ladies wrongfully suspected, that I give you my vote to tell the eighth tale. I hope, however, that you will not make us weep, as Madame Oisille did, by too much praise of virtuous women."

At this Longarine laughed heartily, and thus began:—"You want me to make you laugh, as is my wont, but it shall not be at women's expense. I will show you, however, how easy it is to deceive them when they are inclined to be jealous and esteem themselves clever enough to deceive their husbands."