The Lord de Riant finding the Widow with her Groom

The Lord of Riant, being greatly in love with a widow lady and finding her the contrary of what he had desired and of what she had often declared herself to be, was so affected thereby that in a moment resentment had power to extinguish the flame which neither length of time nor lack of opportunity had been able to quench. (1)

In the land of Dauphiné there lived a gentleman named the Lord of Riant; he belonged to the household of King Francis the First, and was as handsome and worshipful a gentleman as it was possible to see. He had long been the lover of a widow lady, whom he loved and revered so exceedingly that, for fear of losing her favour, he durst not solicit of her that which he most desired. Now, since he knew himself to be a handsome man and one worthy to be loved, he fully believed what she often swore to him—namely, that she loved him more than any living man, and that if she were led to do aught for any gentleman, it would be for him alone, who was the most perfect she had ever known. She at the same time begged him to rest satisfied with this virtuous love and to seek nothing further, and assured him that if she found him unreasonably aiming at more, he would lose her altogether. The poor gentleman was not only satisfied, but he deemed himself very fortunate in having gained the heart of a lady who appeared to him so full of virtue.

It would take too long to tell you his love-speeches, his lengthened visits to her, and the journeys he took in order to see her; it is enough to say that this poor martyr, consumed by so pleasing a fire that the more one burns the more one wishes to burn, continually sought for the means of increasing his martyrdom.

One day the fancy took him to go post-haste to see the lady whom he loved better than himself, and whom he prized beyond every other woman in the world. On reaching her house, he inquired where she was, and was told that she had just come from vespers, and was gone into the warren to finish her devotions there. He dismounted from his horse and went straight to the warren where she was to be found, and here he met with some of her women, who told him that she had gone to walk alone in a large avenue.

He was more than ever beginning to hope that some good fortune awaited him, and continued searching for her as carefully and as quietly as he could, desiring above all things to find her alone. He came in this way to a summer-house formed of bended boughs, the fairest and pleasantest place imaginable, (2) and impatient to see the object of his love, he went in; and there beheld the lady lying on the grass in the arms of a groom in her service, who was as ill-favoured, foul and disreputable as the Lord of Riant was handsome, virtuous and gentle.

I will not try to depict to you his resentment, but it was so great that in a moment it had power to extinguish the flame which neither length of time nor lack of opportunity had been able to impair.

"Madam," he said to her, being now as full of indignation as once he had been of love, "much good may this do you! (3) The revelation of your wickedness has to-day cured me, and freed me from the continual anguish that was caused by the virtue I believed to be in you." (4)

And with this farewell he went back again more quickly than he had come.

The unhappy woman made him no other reply than to put her hand to her face; for being unable to hide her shame, she covered her eyes that she might not see him who in spite of her deceit now perceived it only too clearly.

"And so, ladies, if you are not minded to love perfectly, do not, I pray you, seek to deceive and annoy an honest man for vanity's sake; for hypocrites are rewarded as they deserve, and God favours those who love with frankness."

"Truly," said Oisille, "you have kept us a proper tale for the end of the day. But that we have all sworn to speak the truth, I could not believe that a woman of that lady's condition could be so wicked both in soul and in body, and leave so gallant a gentleman for so vile a muleteer."

"Ah, madam," said Hircan, "if you knew what a difference there is between a gentleman who has worn armour and been at the wars all his life, and a well-fed knave that has never stirred from home, you would excuse the poor widow."

"I do not believe," said Oisille, "whatever you may say, that you could admit any possible excuse for her."

"I have heard," said Simontault, "that there are women who like to have apostles to preach of their virtue and chastity, and treat them as kindly and familiarly as possible, saying that but for the restraints of honour and conscience they would grant them their desire. And so these poor fools, when speaking in company of their mistresses, swear that they would thrust their fingers into the fire without fear of burning in proof that these ladies are virtuous women, since they have themselves thoroughly tested their love. Thus are praised by honourable men, those who show their true nature to such as are like themselves; and they choose such as would not have courage to speak, or, if they did, would not be believed by reason of their low and degraded position."

"That," said Longarine, "is an opinion which I have before now heard expressed by jealous and suspicious men, but it may indeed be called painting a chimera. And even although it be true of one wretched woman, the same suspicion cannot attach to all." 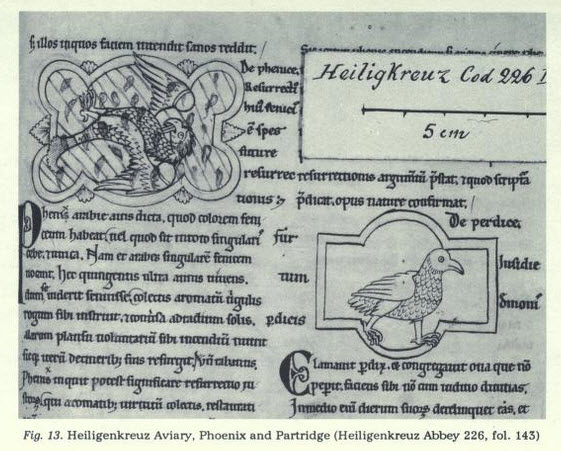 "Well," said Parlamente, "the longer we talk in this way, the longer will these good gentlemen play the critics over Simontault's tale, and all at our own expense. So in my opinion we had better go to vespers, and not cause so much delay as we did yesterday."

The company agreed to this proposal, and as they were going Oisille said:—

"If any one gives God thanks for having told the truth to-day, Saffredent ought to implore His forgiveness for having raked up so vile a story against the ladies."

"By my word," replied Saffredent, "what I told you was true, albeit I only had it upon hearsay. But were I to tell you all that I have myself seen of women, you would have need to make even more signs of the cross than the priests do in consecrating a church."

"Repentance is a long way off," said Geburon, "when confession only increases the sin."

"Since you have so bad an opinion of women," said Parlamente, "they ought to deprive you of their honourable society and friendship."

"There are some women," he returned, "who have acted towards me so much in accordance with your advice, in keeping me far away from things that are honourable and just, that could I do and say worse to them, I should not neglect doing so, in order that I might stir them up to revenge me on her who does me so much wrong."

Whilst he spoke these words, Parlamente put on her mask (5) and went with the others into the church, where they found that although the bell had rung for vespers, there was not a single monk, present to say them.

The monks, indeed, had heard that the company assembled in the meadow to tell the pleasantest tales imaginable, and being fonder of pleasure than of their prayers, they had gone and hidden themselves in a ditch, where they lay flat on their bellies behind a very thick hedge; and they had there listened so eagerly to the stories that they had not heard the ringing of the monastery bell, as was soon clearly shown, for they returned in such great haste that they almost lacked breath to begin the saying of vespers.

After the service, when they were asked why they had been so late and had chanted so badly, they confessed that they had been to listen to the tales; whereupon, since they were so desirous of hearing them, it was granted that they might sit and listen at their ease every day behind the hedge.

Supper-time was spent joyously in discoursing of such matters as they had not brought to an end in the meadow. And this lasted through the evening, until Oisille begged them to retire so that their minds might be the more alert on the morrow, after a long, sound sleep, one hour of which before midnight was, said she, better than three after it. Accordingly the company parted one from another, betaking themselves to their respective rooms; and in this wise ended the Second Day.