the Lady of Tours Questioning Her Husband's Mistress

The Heptameron - Day 4, Tale 38 - the Lady of Tours Questioning Her Husband's Mistress

A towns-woman of Tours returned so much good for all the evil treatment she had received from her husband, that the latter forsook the mistress whom he was quietly maintaining, and returned to his wife. (1) 1 It is probable that the incidents related in this tale occurred between 1460 and 1470. They will be found recorded in the Ménagier de Paris. (See Baron Pichon's edition, 1847, vol. i. p. 237). A similar narrative figures in some editions of Morlini's tales, notably the Novello, Fabello, et Comedies, Neapoli, 1520. We further find it in Gueudeville's translation of Erasmus's Colloquies (Dialogue sur le mariage, collogues, &c., Leyden, 1720, vol. i. p. 87), and Mr. Walter Keily has pointed out (the Heptameron, Bohn, 1864) that William Warner worked the same incidents into his poem Albion's England, his stanzas being reproduced in Percy's Reliques under the title of The Patient Countess.—L. and Ed.

In the city of Tours there dwelt a chaste and comely townswoman, who, by reason of her virtues, was not only loved but feared also and respected by her husband. Nevertheless, with all the fickleness of men who grow weary of ever eating good bread, he fell in love with a farm tenant (2) of his own, and would oft-time leave Tours to visit the farm, where he always remained two or three days; and when he came back to Tours he was always in so sorry a plight that his wife had much ado to cure him, yet, as soon as he was whole again, he never failed to return to the place where pleasure caused him to forget all his ills.

2 The French word here is métayčre. The métayer (fem. métayčre) was a farm tenant under the general control of his landlord, who supplied him with seed and took to himself a considerable portion of the produce. The system was done away with at the Revolution, but was revived here and there under the Restoration, when some of the nobles came to "their own" again, and there may even nowadays be a few instances of the kind.—Ed.

When his wife, who was anxious above all things for his life and health, found him constantly return home in so evil a plight, she went to the farm and found there the young woman whom her husband loved. Then, without anger but with graceful courage, she told her that she knew her husband often went to see her, but that she was ill-pleased to find him always return home exhausted in consequence of her sorry treatment of him. The poor woman, influenced as much by respect for her mistress as by regard for the truth, was not able to deny the fact, and craved forgiveness.

The lady asked to see the room and bed in which her husband was wont to sleep, and found it so cold and dirty and ill-appointed that she was moved to pity. Forthwith she sent for a good bed furnished with sheets, blankets and counterpane such as her husband loved; she caused the room to be made clean and neat and hung with tapestries; provided suitable ware for his meat and drink, a pipe of good wine, sweetmeats and confections, and begged the woman to send him back no more in so miserable a state.

It was not long before the husband again went, as was his wont, to see his tenant, and he was greatly amazed to find his poor lodging in such excellent order. And still more was he surprised when the woman gave him to drink in a silver cup; and he asked her whence all these good things had come. The poor woman told him, weeping, that they were from his wife, who had taken such great pity on his sorry treatment that she had furnished the house in this way, and had charged her to be careful of his health. 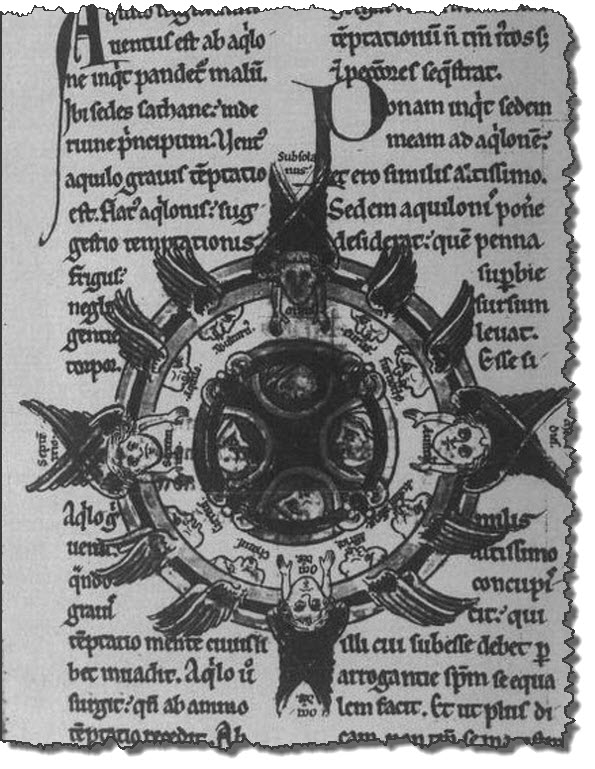 When the gentleman saw the exceeding generosity of his wife in returning so much good for all the evil turns that he had done her, he looked upon his own wrongdoing as no less great than her kindness; and, after giving some money to his tenant, he begged her to live in future as an honest woman. Then he went back to his wife, acknowledged his wrongdoing, and told her that, but for her great gentleness and generosity, he could never have forsaken the life that he had been leading. And thenceforward, forgetting the past, they lived in all peacefulness together.

"You may be sure, ladies, that there are but few husbands whom a wife's love and patience cannot win at last, unless they be harder even than stone, which weak and yielding water will in time make hollow."

"That woman," said Parlamente, "had neither heart, gall nor liver."

"What would you have had her do?" said Longarine. "She practised what God commands, and returned good for evil." (3)

"I think," said Hircan, "she must have been in love with some Grey Friar, who had laid upon her the penance of having her husband well treated in the country, so that, meantime, she might be free to entertain herself well in the town."

"Therein," said Oisille, "you clearly show the wickedness of your own heart, judging ill of a good deed. I rather believe her to have been so subdued by the love of God that she cared for naught save the salvation of her husband's soul."

"It seems to me," said Simontault, "that he had more reason to return to his wife when he was so cold at the farm than afterwards when he was treated so well."

"From what I can see," said Saffredent, "you are not of the same opinion as the rich man of Paris who, when he lay with his wife, could not put off his gear without being chilled, but who never felt the worse when he went without cap or shoes, in the depth of winter, to see his servant-maid in the cellar. Yet his wife was very beautiful and the maid very ugly."

"Have you not heard," said Geburon, "that God always aids lunatics, lovers and sots? Perhaps he was all three in one."

"Do you thence conclude," said Pariamente, "that God recks not of the wise, the chaste and the temperate? Help is not needed by those who can help themselves. He who said that He had come for the sick and not for the whole, (4) came by the law of His mercy to succour our infirmities, thereby annulling the decrees of His rigorous justice; and he that deems himself wise is a fool in the sight of God. But, to end the sermon, to whom will Longarine give her vote?"

"Then I hope," said Saffredent, "to prove to you that God does not favour lovers. For although it has already been said, ladies, that vice is common to men and women alike, yet will a subtle artifice be more readily and adroitly devised by a woman than by a man Of this I am now about to give you an instance."