the Gentleman Reproaching his Friend for His Jealousy

Tale 47 of the Heptameron

Not far from the province of Le Perche (1) there dwelt two gentlemen who from the days of their childhood had lived in such perfect friendship that they had but one heart, one house, one bed, one table, and one purse. They continued living in this perfect friendship for a long time, without there ever being between them any wish or word such as might betray that they were different persons; so truly did they live not merely like two brothers but like one individual man.

Of the two one married, yet did not on that account abate his friendship for his fellow or cease to live with him as had been his wont. And whenever they chanced to lodge where room was scanty, he failed not to make him sleep with himself and his wife; (2) though he did, in truth, himself lie in the middle. Their goods were all in common, so that neither the marriage nor aught else that might betide could impair their perfect friendship.

But after some time, worldly happiness, which is ever changeful in its nature, could no longer abide in this too happy household. The husband, without cause, lost the confidence that he had in his friend and in his wife, and, being unable to conceal the truth from the latter, spoke to her with angry words. At this she was greatly amazed, for he had charged her in all things save one to treat his friend as she did himself, and now he forbade her to speak with him except it were before others. She made the matter known to her husband's friend, who did not believe her, knowing as he well did that he had never purposed doing aught to grieve his comrade. And as he was wont to hide nothing from him, he told him what he had heard, begging him not to conceal the truth, for neither in this nor in any other matter had he any desire to occasion the severance of the friendship which had so long subsisted between them.

The married gentleman assured him that he had never thought of such a thing, and that those who had spread such a rumour had foully lied.

"I well know that jealousy is a passion as insupportable as love, and were you inclined to jealousy even with regard to myself, I should not blame you, for you could not help it. But there is a thing that is in your power of which I should have reason to complain, and that is the concealment of your distemper from me, seeing that never before was thought, feeling or opinion concealed between us. If I were in love with your wife, you should not impute it to me as a crime, for love is not a fire that I can hold in my hand to do with it what I will; but if it were so and I concealed it from you, and sought by demonstration to make it known to your wife, I should be the wickedest comrade that ever lived. 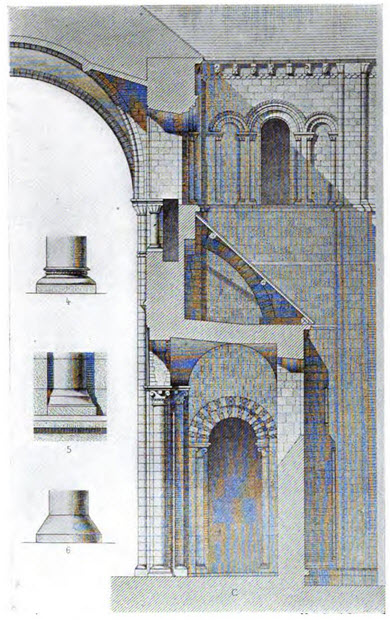 "As far as I myself am concerned, I can truly assure you that, although she is an honourable and virtuous woman, she is the last of all the women I have ever seen upon whom, even though she were not yours, my fancy would light. But even though there be no occasion to do so, I ask you, if you have the smallest possible feeling of suspicion, to tell me of it, that I may so act as to prevent a friendship that has lasted so long from being severed for the sake of a woman. For, even if I loved her more dearly than aught in the world beside, I would never speak to her of it, seeing that I set your honour before aught else."

His comrade swore to him the strongest oaths he could muster, that he had never thought of such a thing, and begged him to act in his house as he had been used to do.

"That will I," the other replied, "but if after this should you harbour an evil opinion of me and conceal it or bear me ill-will, I will continue no more in fellowship with you."

Some time afterwards, whilst they were living together as had been their wont, the married gentleman again fell into stronger suspicion than ever, and commanded his wife to no longer show the same countenance to his friend as before. This she at once made known to her husband's comrade, and begged that he would of his own motion abstain from holding speech with her, since she had been charged to do the like towards him.

The gentleman perceived from her words and from divers tokens on the part of his comrade that the latter had not kept his promise, and so said to him in great wrath—

"If, comrade, you are jealous, 'tis a natural thing, but, after the oaths you swore to me, I must needs be angered that you have used such concealment towards me. I had always thought that neither obstacle nor mean intervened between your heart and mine, but to my exceeding sorrow, and with no fault on my part, I see that the reverse is true. Not only are you most jealous of your wife and of me, but you seek to hide your distemper from me, until at last it must wholly turn to hate, and the dearest love that our time has known become the deadliest enmity.

"I have done all I could to avoid this mishap, but since you suspect me of being so wicked and the opposite of what I have always proved towards you, I give you my oath and word that I will indeed be such a one as you deem me, and that I will never rest until I have had from your wife that which you believe I seek from her. So I bid you beware of me hence forward, for, since suspicion has destroyed your friendship for me, resentment will destroy mine for you."

"Thus, ladies, may it fare with those who wrongfully suspect their wives of evil. Many men make of them what they suspect them to be, for a virtuous woman is more readily overcome by despair than by all the pleasures on earth. And if any one says that suspicion is love, I give him nay, for although it results from love as do ashes from fire, it kills it nevertheless in the same way."

"I do not think," said Hircan, "that anything can be more grievous to either man or woman than to be suspected of that which is contrary to fact. For my own part, nothing could more readily prompt me to sever fellowship with my friends than such suspicion."

"Nevertheless," said Oisille, "woman is without rational excuse who revenges herself for her husband's suspicion by her own shame. It is as though a man should thrust his sword through his own body, because unable to slay his foe, or should bite his own fingers because he cannot scratch him. She would have done better had she spoken to the gentleman no more, and so shown her husband how wrongly he had suspected her; for time would have softened them both."

"Still 'twas done like a woman of spirit," said Ennasuite. "If many women acted in the same way, their husbands would not be so outrageous as they are."

"For all that," said Longarine, "patience gives a woman the victory in the end, and chastity brings her praise, and more we should not desire."

"Nevertheless," said Ennasuite, "a woman may be unchaste and yet commit no sin."

"How may that be?" said Oisille.

"When she mistakes another man for her husband."

"And who," said Parlamente, "is so foolish that she cannot clearly tell the difference between her husband and another man, whatever disguise the latter may wear?"

"There have been and still will be," said Ennasuite, "a few deceived in this fashion, and therefore still innocent and free from sin."

"If you know of such a one," said Dagoucin, "I give you my vote that you may tell us about her, for I think it very strange that innocence and sin can go together."

"Listen, then," said Ennasuite. "If, ladies, the foregoing tales have not sufficiently warned you of the danger of lodging in our houses those who call us worldly and consider themselves as something holy and far worthier than we, I will give you yet a further instance of it, that you may see by the errors into which those fall who trust them too much that not only are they human like others, but that there is something devilish in their nature, passing the ordinary wickedness of men. This you will learn from the following story."