The Chanter of Blois Delivering his Mistress from The Grave

A man of Paris, through not making good inquiry concerning his wife, whom he believed dead, though she was indeed making good cheer with a chanter to the King, married a second wife, whom, after having several children by her and consorting with her for fourteen or fifteen years, he was constrained to leave, in order to take his first wife back again.

Tale 60 of the Heptameron

In the city of Paris there was a man who was so good-natured that he would have scrupled to believe a man abed with his wife, even if he had seen him with his own eyes. This poor man married a woman whose conduct was as bad as could be; nevertheless he perceived nothing of it, and treated her as though she were the most virtuous woman alive. One day, however, when King Louis XII. came to Paris, his wife surrendered herself to one of the choir-men of the aforesaid sovereign, and when she found that the King was leaving Paris and that she would no longer be able to see the singer, she resolved to follow him and forsake her husband. To this the chanter agreed, and brought her to a house that he had near Blois, (1) where for a long while they lived together. The poor husband, finding that he had lost his wife, sought her everywhere; and at last it was told him that she was gone away with the chanter.

Wishing to recover the lost ewe which he had so badly watched, he wrote many letters to her begging her to return to him, and saying that he would take her back if she were willing to be a virtuous woman. But she took such great delight in listening to the songs of the chanter, that she had forgotten her husband's voice, and gave no heed to all his excellent words, but mocked at them.

Therefore the husband, in great wrath, gave her to know that, since she would return to him in no other way, he would demand her in legal fashion of the Church. (2) The wife, dreading that if the law should take the matter in hand she and her chanter would fare badly, devised a stratagem worthy of such a woman as herself. Feigning sickness, she sent for some honourable women of the town to come and see her, and this they willingly did, hoping that her illness might be a means of withdrawing her from her evil life, with which purpose they addressed the sagest admonitions to her. Thereupon she, whilst pretending to be grievously sick, made a show of weeping and acknowledging her sinfulness in such sort that she gained the pity of the whole company, who quite believed that she was speaking from the bottom of her heart. And, finding her thus subdued and sorry, they began to comfort her, telling her that God was in no wise so terrible as many preachers represented Him, and that He would never refuse to show her mercy.

After this excellent discourse, they sent for a virtuous man to come and confess her, and on the morrow the priest of the parish came to administer the Holy Sacrament. This she received so piously, that all the virtuous women of the town who were present wept to see her devoutness, praising God, who of His goodness had in this wise shown compassion upon this poor creature.

Afterwards she pretended that she could no longer take food, whereupon the extreme unction was brought by the priest and received by her with many pious signs; for (as they thought) she was scarcely able to speak. She continued thus for a great while, and it seemed as though she were gradually losing her sight, hearing and other senses, whereat there came from all a cry of "Jesus!" As night was at hand and the ladies were far from home, they all withdrew; and just as they were leaving the house it was told them that she was dead, whereupon, saying their De profundis for her, they returned to their houses.

The priest asked the chanter where he would have her buried, and the other replied that she had desired to be buried in the cemetery, and that it would be well to bring her there at night. So the poor unfortunate was shrouded by a serving-woman, who was careful not to hurt her, and then by brave torchlight she was carried to the grave that the chanter had caused to be made.

When the body passed in front of the houses of those who had been present when she received the extreme unction, they all came forth and followed her to the tomb; and there she was soon left by women and priests alike. The chanter, however, did not go away, but, as soon as he saw the company some distance off, he and the serving-woman opened the grave wherein was his sweetheart more alive than ever, and he sent her secretly to his house, where for a long time he kept her concealed.

The husband, who was in pursuit of her, came as far as Blois to demand justice, when he found that she was dead and buried according to the testimony of all the ladies of Blois. They told him, too, what a good end she had made, and the worthy man was rejoiced to think that his wife's soul was in Paradise, and himself rid of her wicked body.

In this wise well content, he betook himself back to Paris, where he married a beautiful and virtuous young woman, and a good housewife, by whom he had several children, and with whom he lived for fourteen or fifteen years. But at last rumour, which can keep nothing hid, advised him that his wife was not dead, but was still dwelling with the wicked chanter. The poor man concealed the matter as well as he was able, pretending to know nothing about it, and hoping that it was a lie. But his wife, who was a discreet woman, was told of it, and such was her anguish at the tidings that she was like to die of grief. Had it been possible without offence to her conscience, she would gladly have concealed her misfortune, but it was not possible. The Church immediately took the affair in hand, and first of all separated them from each other until the truth of the matter should be known.

Then was this poor man obliged to leave the good and go after the bad, and in this wise he came to Blois shortly after Francis the First had become king. Here he found Queen Claude and my Lady the Regent, (3) to whom he made his complaint, asking for her whom he would gladly not have found, but whom, to the great compassion of the whole company, he was now obliged to see. 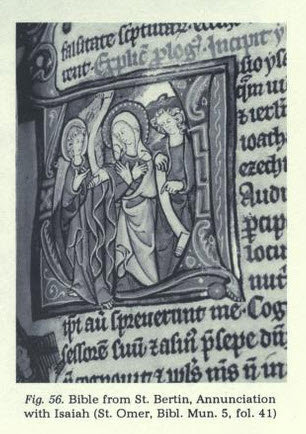 When his wife was brought before him, she strove for a long while to maintain that he was not her husband, which he would willingly have believed had he been able. More disappointed than abashed, she told him that she would rather die than go back with him, and at this he was well pleased; but the ladies in whose presence she spoke in this unseemly fashion condemned her to return, and so rated the chanter with many a threat, that he was obliged to tell his ugly sweetheart to go back with her husband, and to declare that he himself would never see her more.

Rejected thus on all sides, the poor unfortunate withdrew to a home in which she was fated to meet with better treatment from her husband than she had deserved.

"You see, ladies, why I say that if the poor husband had been more watchful over his wife, he would not thus have lost her. A thing that is well guarded is difficult to lose, but heedlessness makes the thief."

"'Tis a strange thing," said Hircan, "how strong love is just where it seems most unreasonable."

"I have heard," said Simontault, "that it were easier to break two marriages than to sunder the love of a priest and his serving-maid."

"I believe it," said Ennasuite; "for those who bind others together in marriage, are so well able to tie the knot that nought but death can destroy it. Theologians, moreover, hold that spiritual language is of more effect than any other, and in consequence spiritual love surpasses any other kind."

"It is a thing that I cannot forgive in ladies," said Dagoucin, "when they forsake an honourable husband or a lover for a priest, however handsome and worthy the latter may be."

"I pray you, Dagoucin," said Hircan, "intermeddle not with our Holy Mother Church. Be assured that 'tis a great delight for timorous and secret-loving women to sin with those who can absolve them; for there are some who are more ashamed to confess a thing than to do it."

"You speak," said Oisille, "of those who have no knowledge of God, and who think not that secret matters are one day revealed in presence of the Company of Heaven. But I think that it is not for confession's sake that they go after confessors; for the Enemy has so blinded them that they are more concerned to attach themselves where they think there is most concealment and security, than anxious to obtain absolution for the wickedness of which they do not repent."

"Repent, say you?" said Saffredent. "Nay, they deem themselves holier than other women. I am sure that there are some who deem it honourable in themselves that they are constant in such love."

"You speak in such a manner," said Oisille to Saffredent, "that I think you know of some one of that kind. I pray you, therefore, begin the Day tomorrow by telling us what you know. But now the last bell for vespers is already ringing; for our friends the monks went off as soon as they had heard the tenth tale, and left us to finish our discussions among ourselves."

At these words they all rose and came to the church, where they found the monks awaiting them. Then, after hearing vespers, they all supped together, talking the while of many excellent stories. After supper they went, according to their wont, to disport themselves somewhat in the meadow, and then retired to rest, in order that their memories might be the sounder on the morrow.